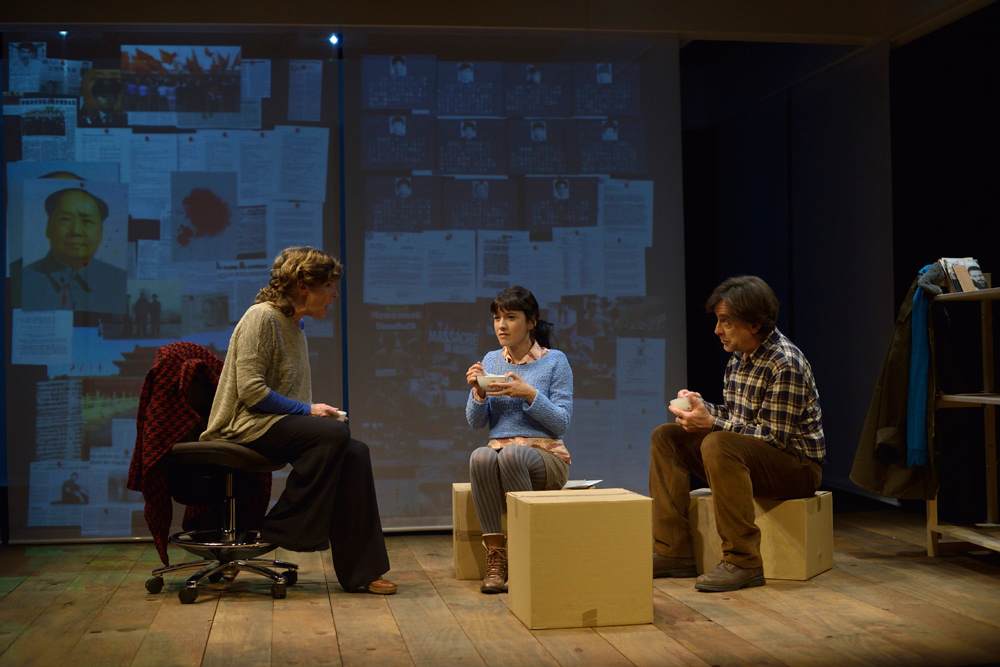 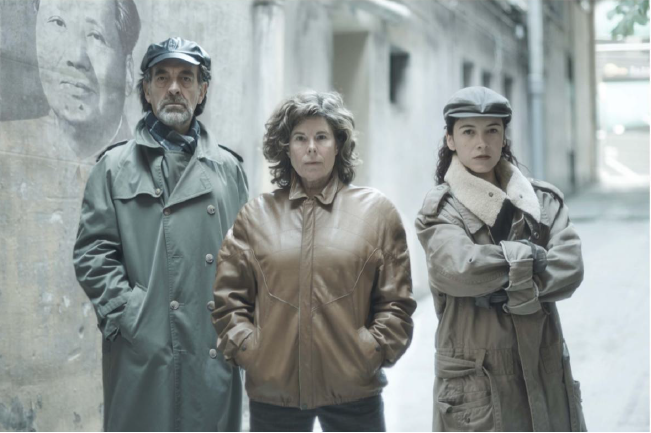 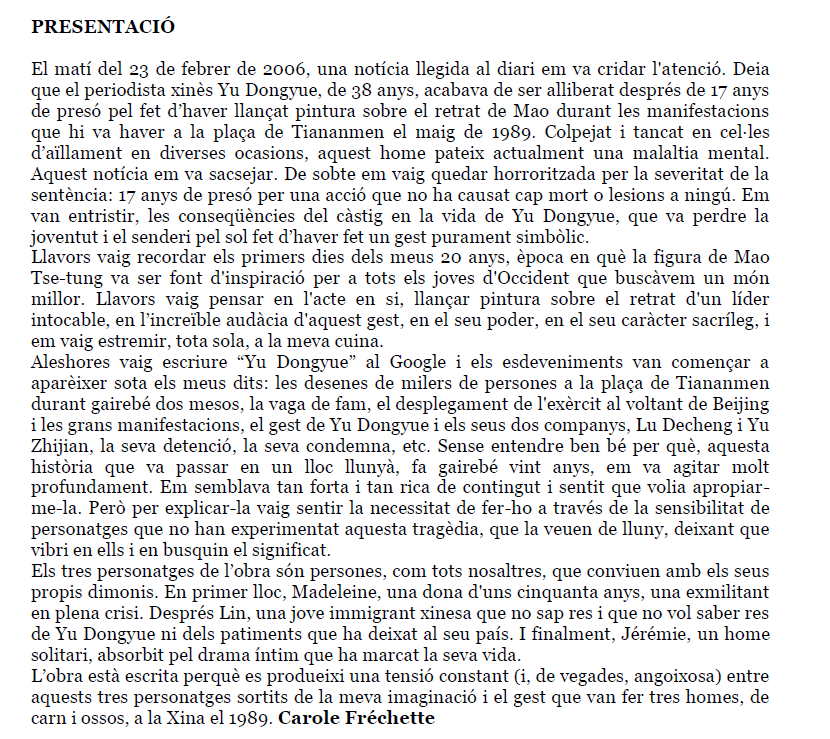 "Penso en Yu" (Thinking of Yu) is a Catalan translation of Carole Frechette’s play which is a representation of the Tiananmen Square protests against China’s political system in 1989. The story opens with a news piece from the European press about the release of a young journalist from prison after a 17-year sentence for having thrown paint at an image of Mao Zedong. The story narrates the investigation into the political repression of that time by following the lives of three real life characters, Yu Dongyue, Lu Decheng and Yu Zhijian.

The translation and planning of this piece involves presenting China in a theatre production through an important historical event in Contemporary China.